The partnership between the Institute for Gender Studies (IGS) at Ochanomizu University and the Center for Gender Research (CGR) at NTNU has developed since the autumn of 2016. Our initial contact was mediated by the Royal Norwegian Embassy in Tokyo. 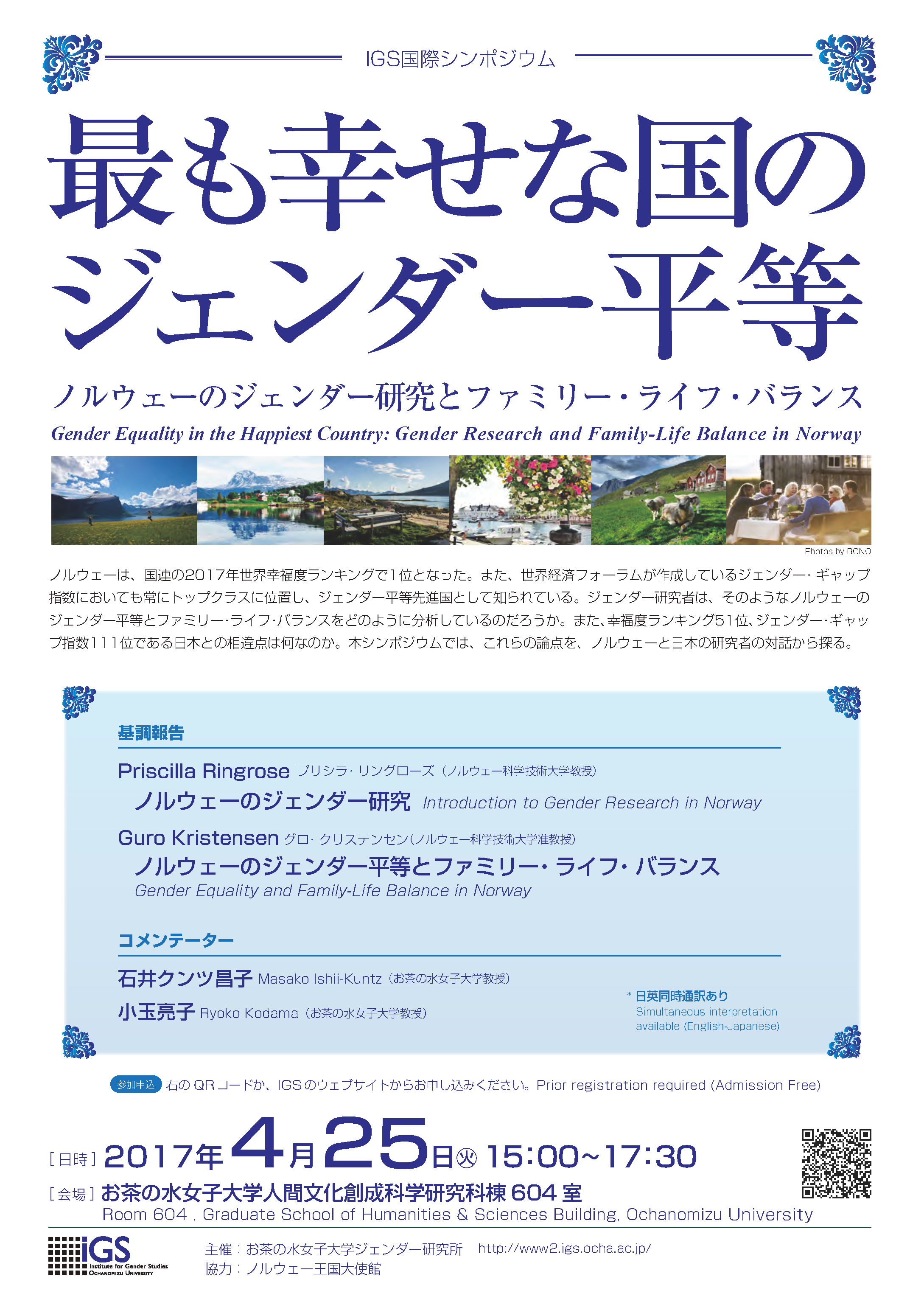 The meeting between researchers from IGS and CGR at the symposium provided an opportunity for a discussion about formulating a plan for an international collaborative project. At the same time, the international affairs divisions of both universities began to cooperate to reach an agreement on an academic exchange between Ochanomizu University and NTNU.

In September 2017, the signing ceremony for the inter-university exchange agreement between the two universities was held at NTNU in Trondheim. To participate in the ceremony, Vice-President Yasuko Sasaki, IGS director Masako Ishii-Kuntz, and IGS Research Fellows Junko Sano and Kumi Yoshihara visited NTNU. Meetings to discuss the collaborative project were also held on that occasion. 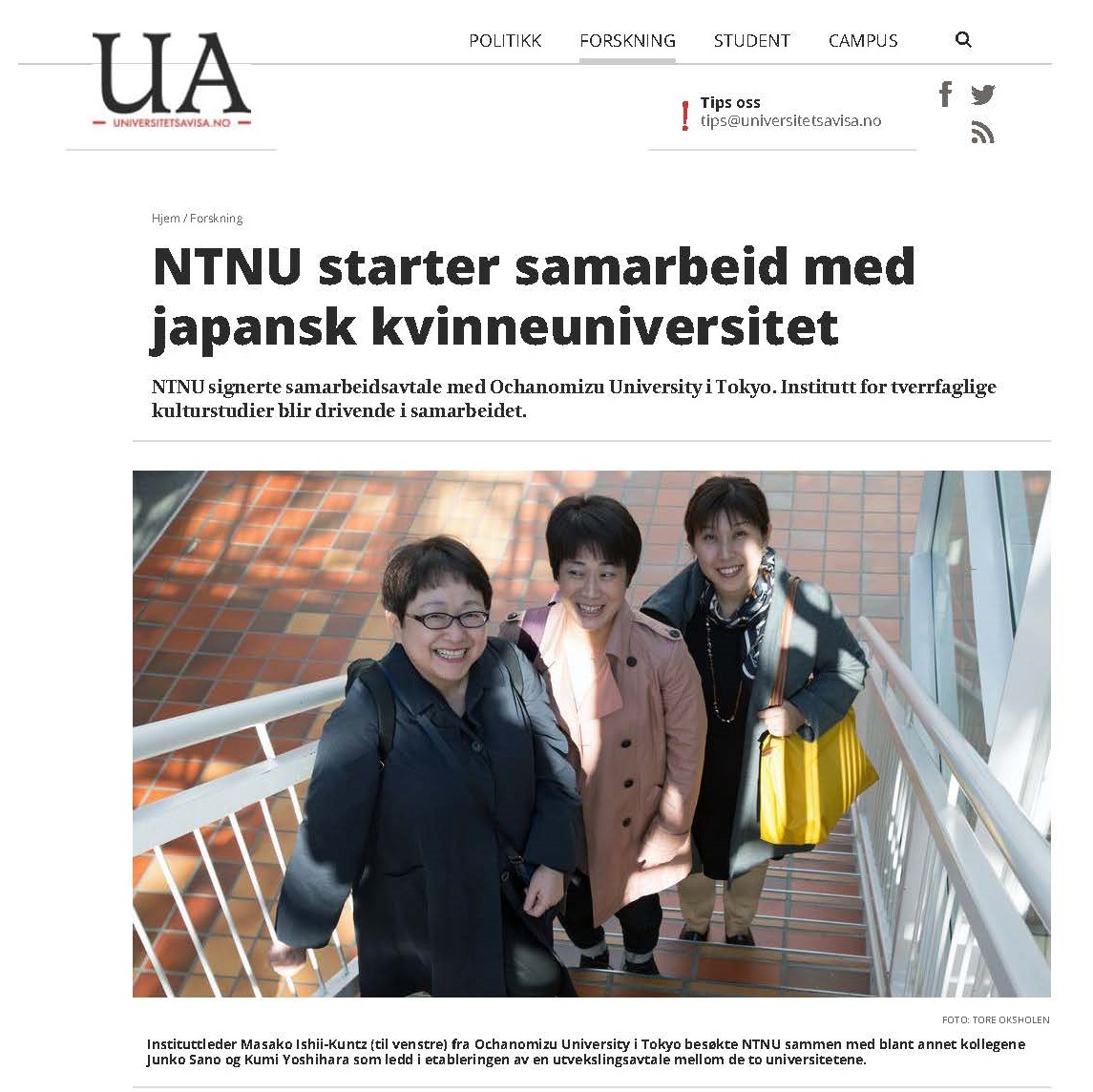 During the meetings, researchers from IGS and CGR exchanged information about ongoing research projects at their institutions and talked about applying for the International Partnerships for Excellent Education, Research and Innovation (INTPART) funding of the Research Council of Norway. The application was submitted in April 2018. 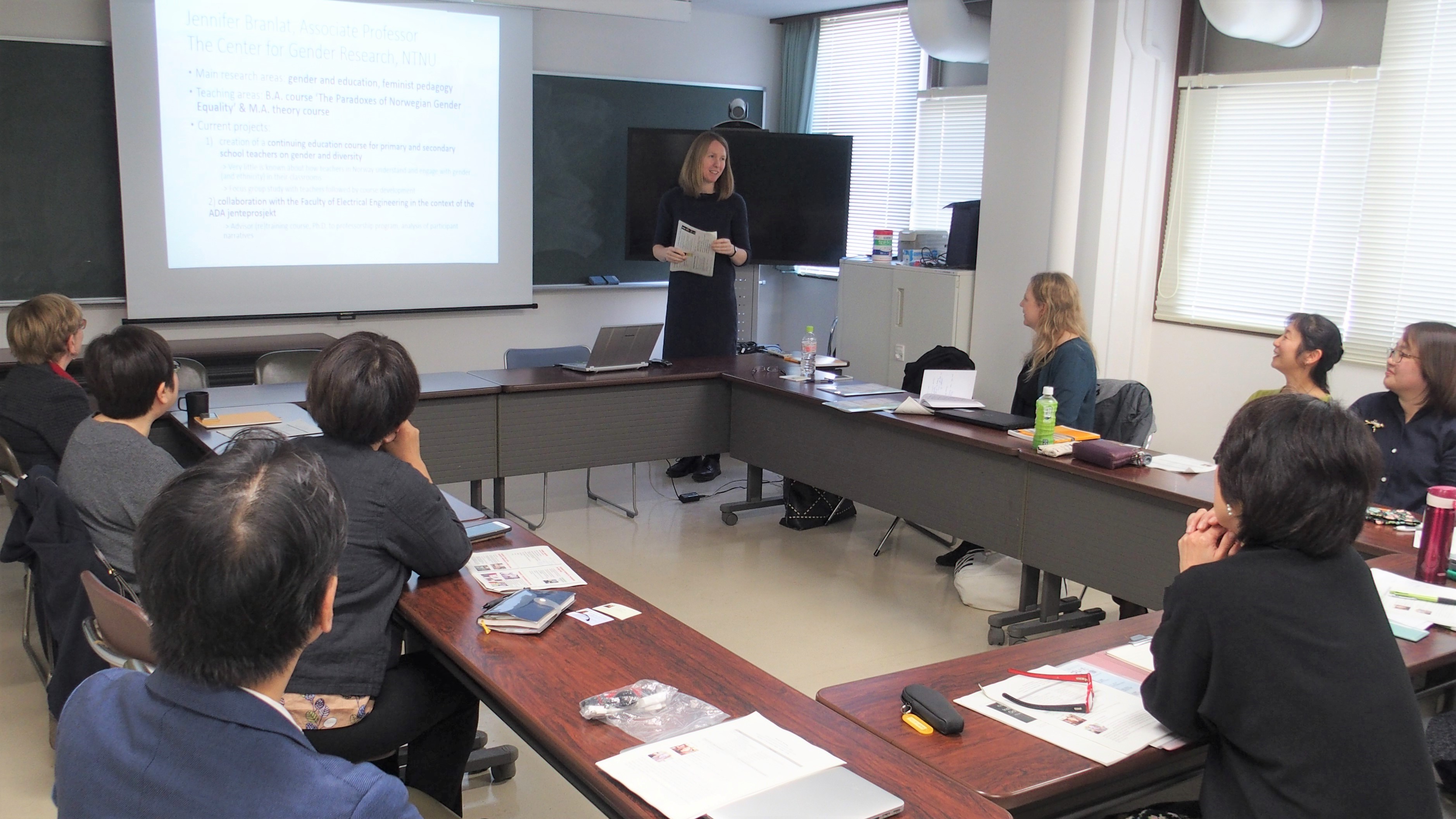 While waiting for the selection result of INTPART, IGS and CGR kept discussing the detail of the collaboration, such as themes for international comparative research. In November 2018, another meeting of the project took place at Ochanomizu University. Postdoctoral Fellows Jennifer Branlat and Kristine Øygardslia visited Ochanomizu University and participated in the meeting.

The approval for NJ_BREGED of the Research Council of Norway was announced in December 2018, and IGS and CGR launched this project in April 2019.